Who Do Superheroes Turn to For Help?

This story comes from a documentary series filmed as part of an online creative campaign for Habitat for Humanity International in which we documented the housing crisis in Lebanon.

There’s a saying that not all superheroes wear capes.

There are everyday citizens in the world that do extraordinary things to help their fellow human beings. They don’t ask for a reward. They don’t expect any credit. They do this out of the goodness of their heart.

But a day in the life of a superhero can be tough. They don’t get any vacations or an opportunity to spend time on themselves. They’re busy making sure that the people they care about are looked after, even if it means putting themselves last.

What happens when a superhero needs help? Who are they able to turn to?

A small Lebanese community in the Bekaa Valley is home to Superwoman, whose true identity is Sabah Ramadan.

Sabah and her Syrian husband settled down in Lebanon during the civil war. One day, at the beginning of the conflict, he returned to his home country to check on his crops and property, but never returned. He’s currently feared to be deceased.

This left Sabah to look after her six children as well as her mother on her own. They left their previous home of eleven years and settled into a new house. But it wasn’t exactly a fresh start.

When you picture a house, you might envision a kitchen, living room, bedroom, and bathroom. These are often the essential areas of a home. However, for Sabah, it was very anything but regular.

For starters, there was no kitchen or bathroom. They would have to leave the house and go to a cubicle outside the home to use the toilet, a whole in the ground. This wasn’t ideal during the freezing winters nor very hygienic either. 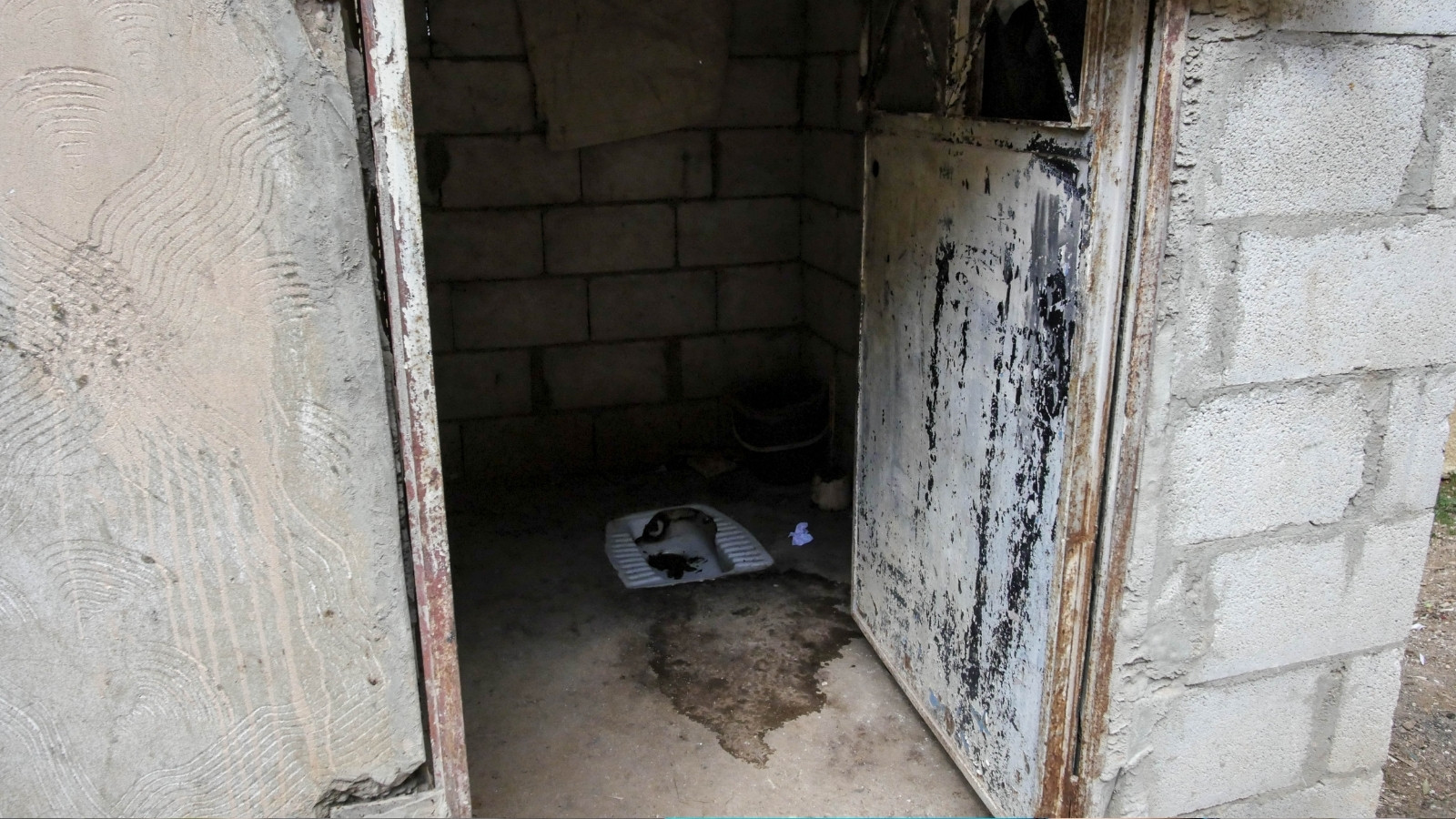 Showering at the neighbours' (or making a fire)

If she wanted to have a shower, she would have to go to her neighbour’s or parent’s place to clean herself. To wash the children, Sabah would have to use a bucket. It also needed to be near a heater due to the cold air seeping through the house.

It wouldn’t be hot water from a tap either. Sabah would need to heat up the water using a fire that she built outside. If she wanted to wash up her dishes, she would need to do the same thing so that her family could eat off clean plates.

Every winter, she would burn up to a thousand litres of kerosene so that she could complete basic chores and keep her family alive.

With a family of six and an elderly mother, there are a lot of expenses in addition to food and shelter.

All six children go to school to ensure they get an education. They also need medical coverage in case they ever get sick. Sabah’s mother also needs regular medication for ongoing conditions.

To pay for this, Sabah works throughout the day. Everything she makes goes towards paying for these expenses in addition to the electricity and clean drinking water.

Nothing is spent on herself. It’s why the local community refers to Sabah as Superwoman.

The locals in the village recognize the efforts that Sabah is going through in order to keep her and her family alive. They also know of the sacrifices she is making to pay bills, provide healthcare, and feed everyone in her house.

Shops and neighbours sometimes offer her free food as an act of kindness and respect for everything Sabah does. While she is always more than willing to pay, the shopkeepers recognise that she is the sole breadwinner. On occasion, they’ll even stuff the bags a little more than she requested to ensure the family has enough supplies and never goes hungry.

Habitat for Humanity Lebanon also sent a team to help after learning about Sabah’s situation. They saw that the house contained no kitchen or bathroom and knew they could help provide them with a better living situation.

The team built a brand new kitchen from scratch as well as a bathroom that doesn’t require anyone in the family to leave the house on a cold winter’s night. It features all the necessary plumbing and even has hot water. Sabah won’t need to light another fire outside her home again when she needs to clean dishes. 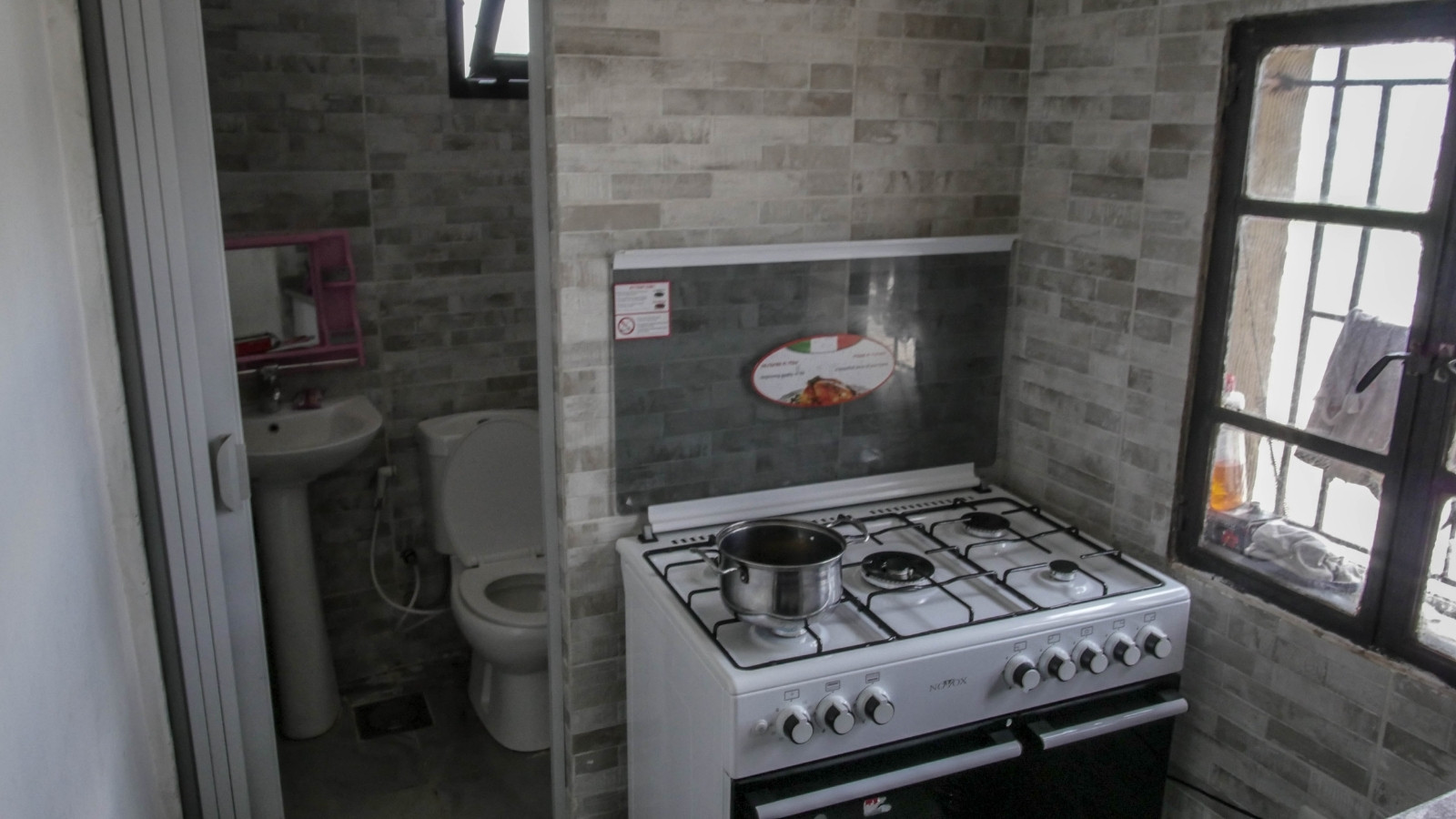 No Rest for Superwoman

While Sabah is grateful for the help from her local community and Habitat for Humanity, she is also proud that she has never begged for help from anyone to help raise or feed her children.

She works as hard as she can every day so that they can have a good education, are able to eat every day, and drink clean water whenever they want to. Sabah also teaches them never to ask or get used to receiving help from others.

Sabah wants to teach them to earn a living. It’s lessons like these that she bestows on her children that make her one of the most respected people in the area and recognized as the superhero that she is.

There are more superheroes out there

Sabah’s story is not unique in Lebanon. The housing and refugee crisis has forced many families into similar situations.

It’s estimated that approximately 55% of the population in Lebanon lives below the poverty line, with 36% in extreme poverty - lacking some of the most basic necessities.

While these superheroes are strong-willed, they still need someone to rely on from time to time.

Habitat for Humanity believes everyone in the world should have a decent place to call home. That’s why we strive to build, rebuild, renovate, and rehabilitate houses for families in need across Lebanon and the 70 countries in which they work.

Lebanon's Housing Crisis: When it Rains, it Pours

Brighton landscape photography: a selection of my best photos

You can unsubscribe at any time within emails or by contacting us here.
Contact us

Learn More About Us